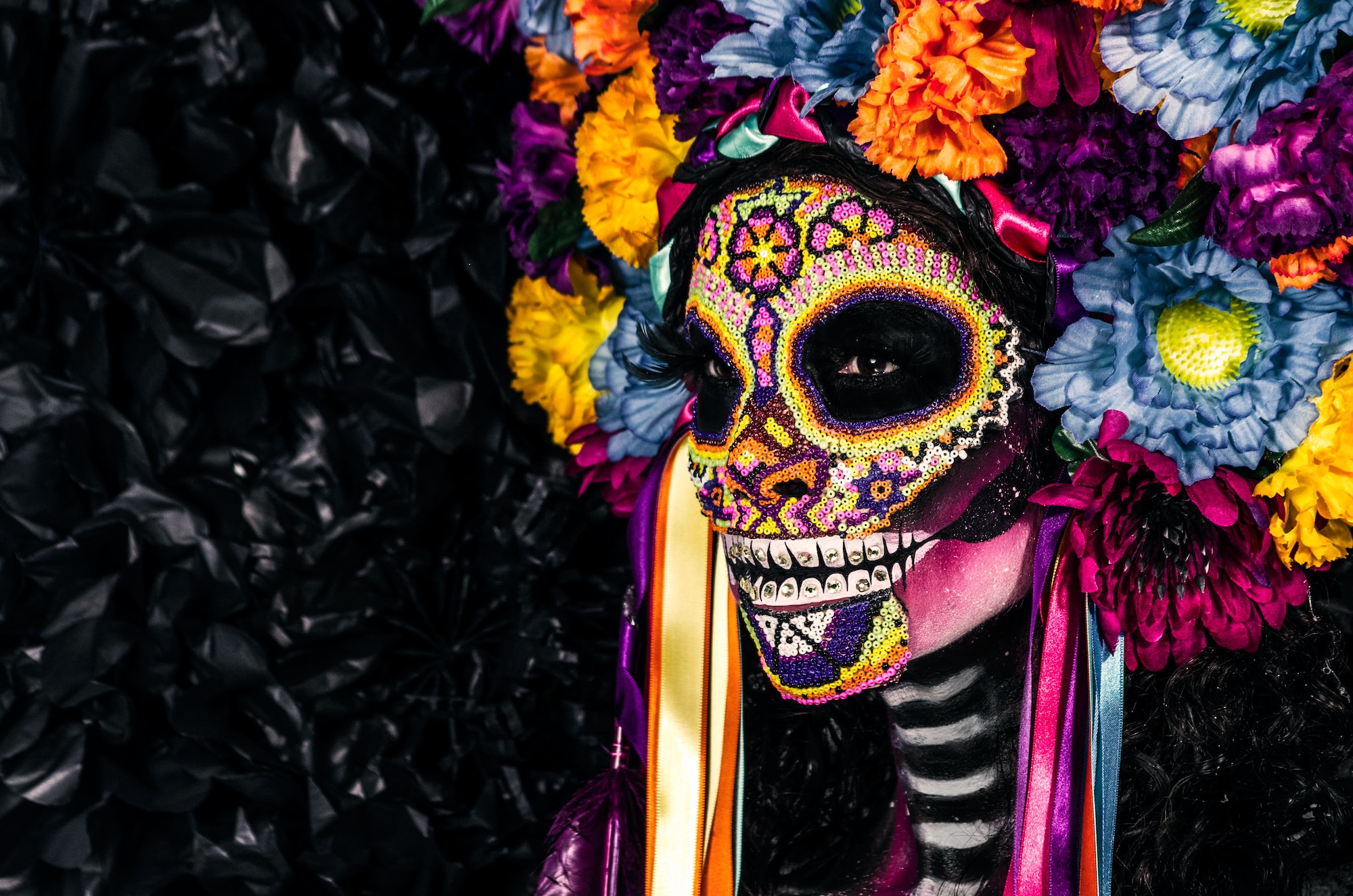 El Dia de Muertos (The Day of the Dead) celebrated in ‘Unidos Estados Mexicanos’ (👈  is the official name of Mexico), is easily one of the most fascinating and meaningful festivals of the world. Dating back to the Aztecs, in Mexican culture, it is believed that the dead loved ones come back to celebrate with their families. This colourful festival consists of the 3 main aspects:
1) Preparations for the ceremonies 2) Setting up of the family altar 3) The feast.
To guide the visiting souls, families usually  decorate the altar with bright, colourful objects and aromatic delicacies which include candies, vegetables and fruits, special bread - pan de muerto, sweets, flowers, liquors, edible sugar skulls, etc, with a special focus of the food their loved ones liked.  The animated movie Coco summarises the essence of the festivities of the day.

On a different note, did you know that the Great Pyramid of Cholula in Mexico is the largest pyramid by volume in the world. It is so massive it is also known as Tlachihualtepetl, which stands for man-made mountain in Nahuatl language.

If the first image that comes to your mind when you think of Mexico is man in an intricately designed large hat and suit, holding a guitar, then you are most probably thinking about Mariachi. It is Mexican genre of music that consists of an ensemble of musicians with a lost list of instruments such as guitar, trumpet, violin, vihuela, accordion etc. blended with very flamboyant vocals.